One Piece Of Software:
Page 1 Instead of Page 10 or Worse!!!

(No Other Difference – Identical SEO – Site Metrics Even Favor the Loser!)

All The Technical Optimization That You Don’t Know How To Do, Don't Have Time To Do, Don't Want To Do...
It's Already Done!!! 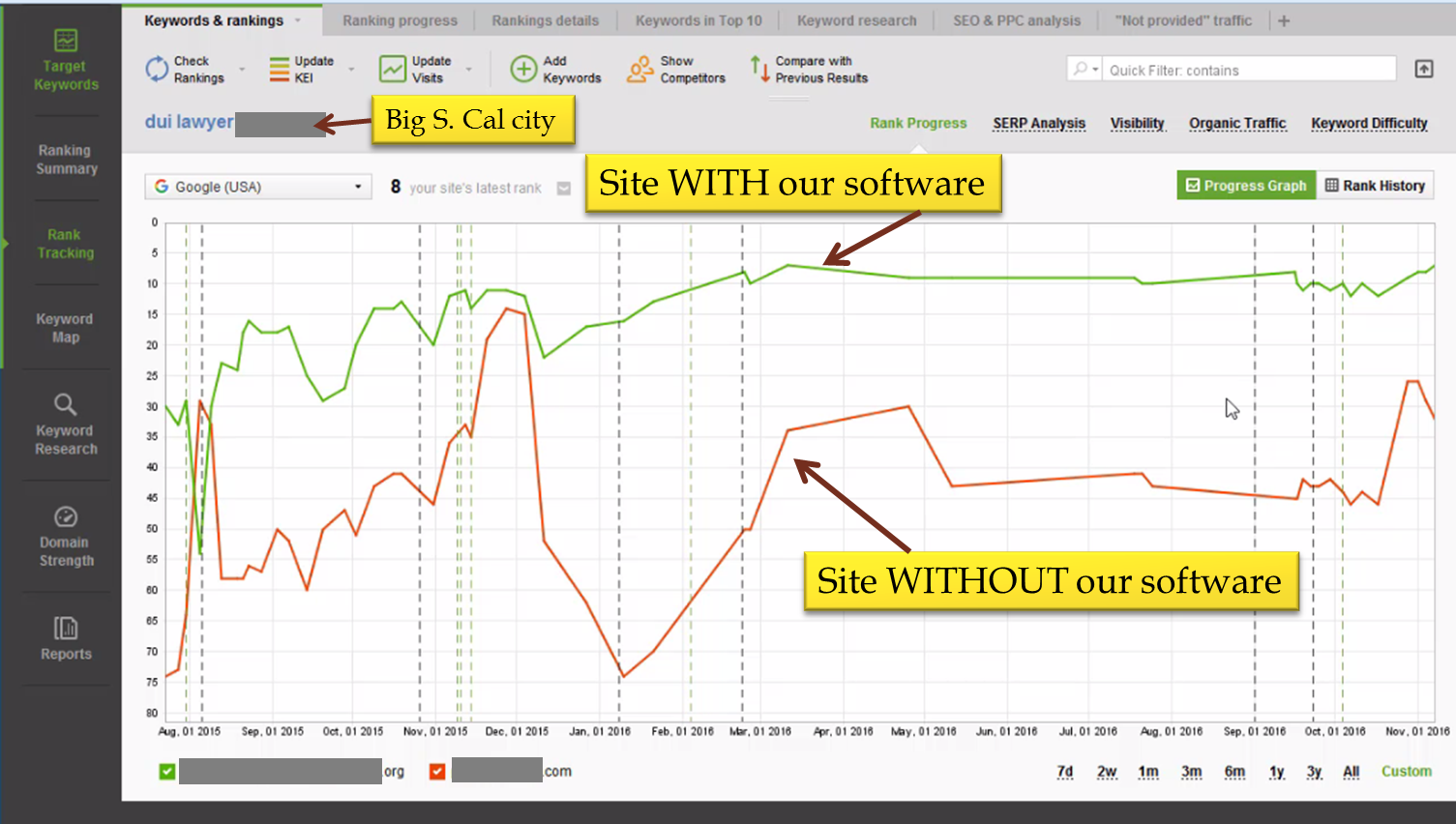 Included In This Package Is:

Just In Case You Want to Review the Evidence....

The Site Metrics Even Favor the Losing Site - Proving the Ranking Advantage!

Force Majeure A party is not liable for failure to perform the party's obligations if such failure is as a result of Acts of God (including fire, flood, earthquake, storm, hurricane or other natural disaster), war, invasion, act of foreign enemies, hostilities (regardless of whether war is declared), civil war, rebellion, revolution, insurrection, military or usurped power or confiscation, terrorist activities, nationalisation, government sanction, blockage, embargo, labor dispute, strike, lockout or interruption or failure of electricity or telephone service, or actions taken by any third party outside the control of John Pearce or Chris Cantell or Chris Freeman. No party is entitled to terminate this Agreement in such circumstances.